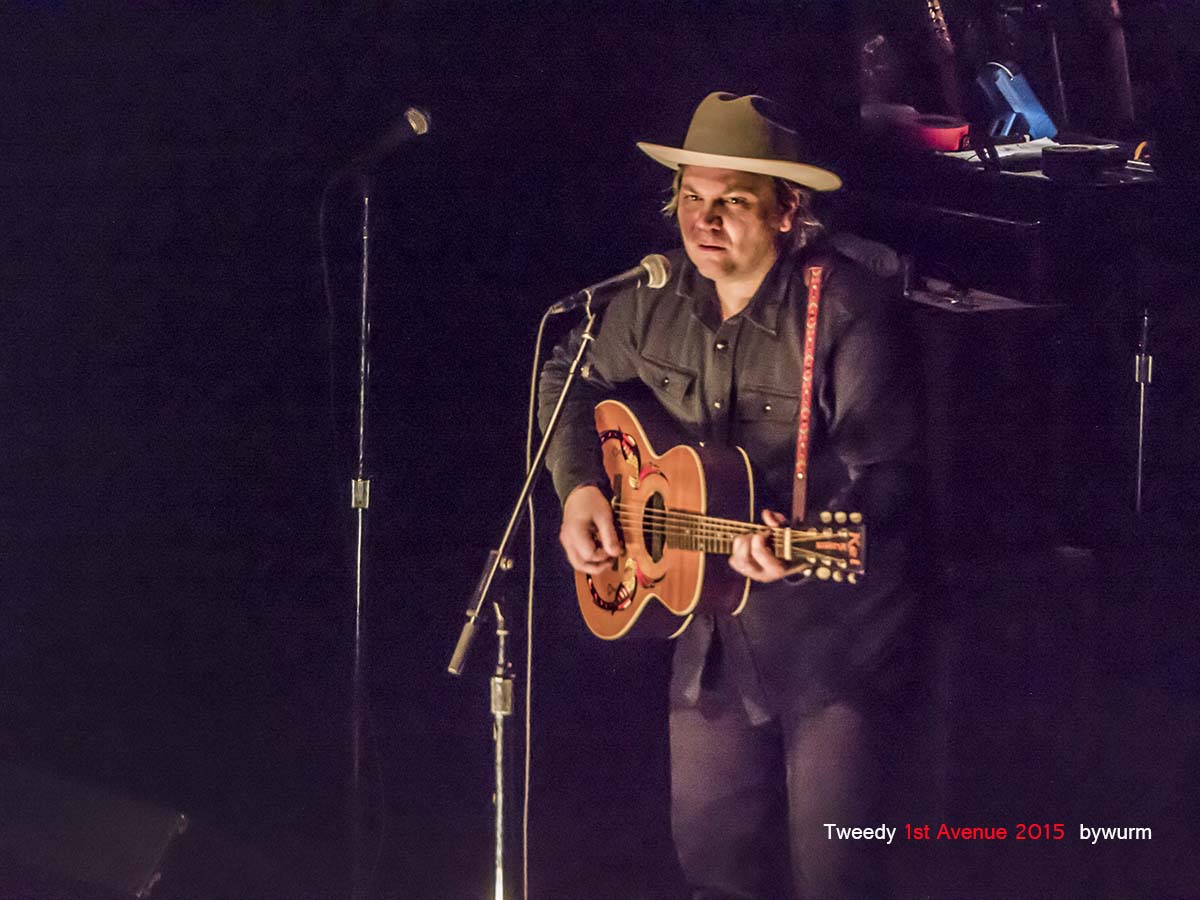 This Sunday night some ol’ college friends & I saw Tweed’s newest band featuring son Spencer.  Tweedy & his drummer son did a slight departure from the Wilco sound – the “boy” sure has dad’s music talent.  “Fake Fur Coat” was a perfect opening song & I always think of Bob Dylan when I hear it.  You gotta love Jeff Tweedy & Wilco — its a cult thing, Tweedy has many twin city music connections & it was nice to see Gary Louris from Jayhawks join in on the last set.  Jeff made several comments about playing in the twin cities & said that “Minneapolis is an oasis for every rock band in the world”.  Son Spenser is not a flashy drummer & not in the style of Wilco’s Glen Kotche – some nice complex rhythms you would not hear on a Wilco CD.  Spencer sounds like he’s using a double bass peddle on his single bass drum. 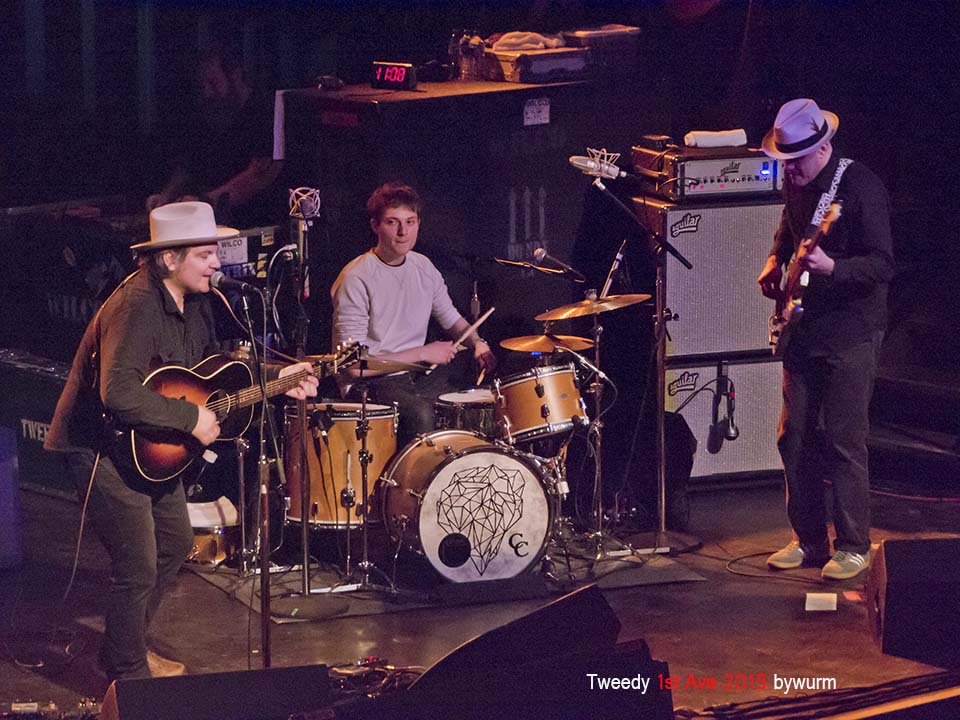 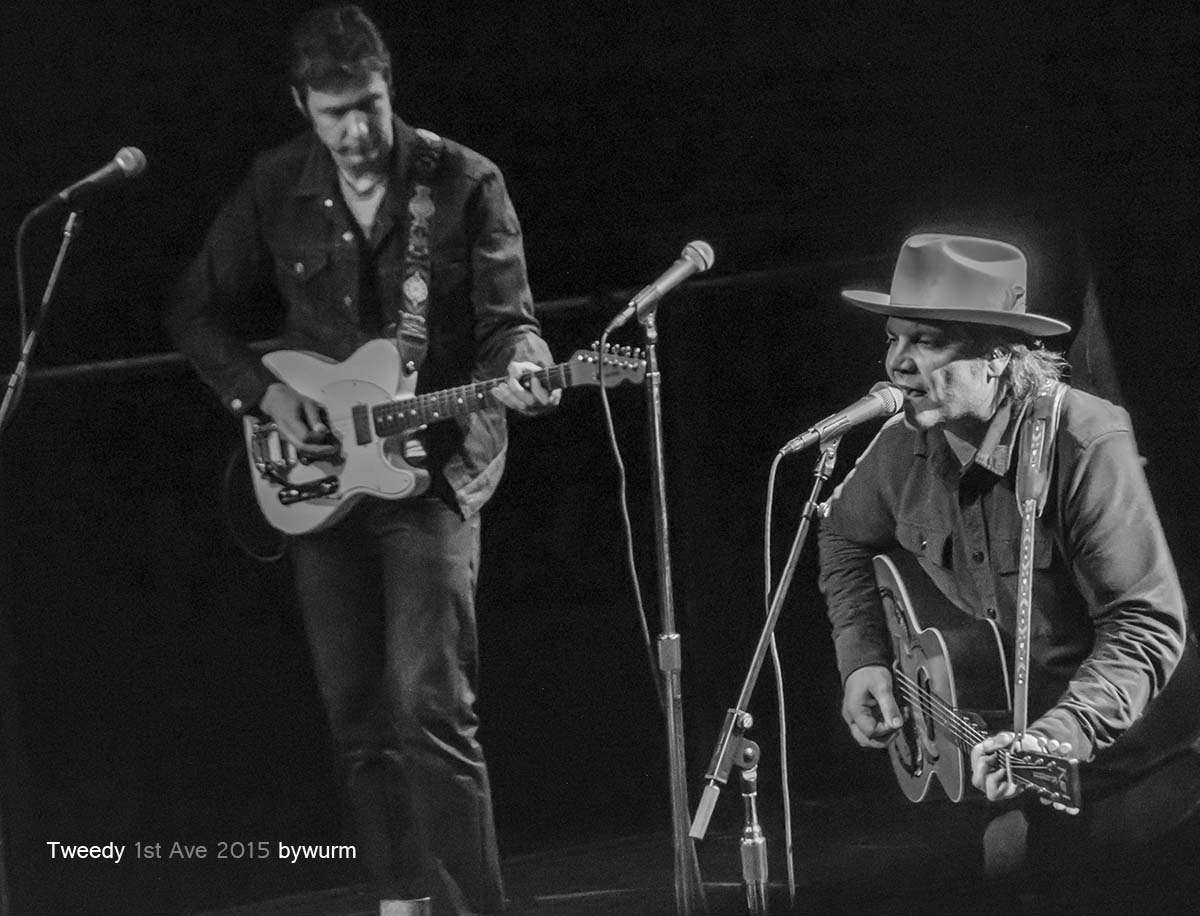 Sunday night show was sold out –  these dark pics are from a long way off stage.  Shooting at 1st Avenue can be difficult as the stage is often under lit.  Jeff’s solo set had that ol’ Wilco/Tweedy sound that most “Wilco cult” fans wanted to hear.   Jeff entertained the crowd with his Tweedy banter & praised his son on a few light comments.   Very cool that Jeff is touring with his son.