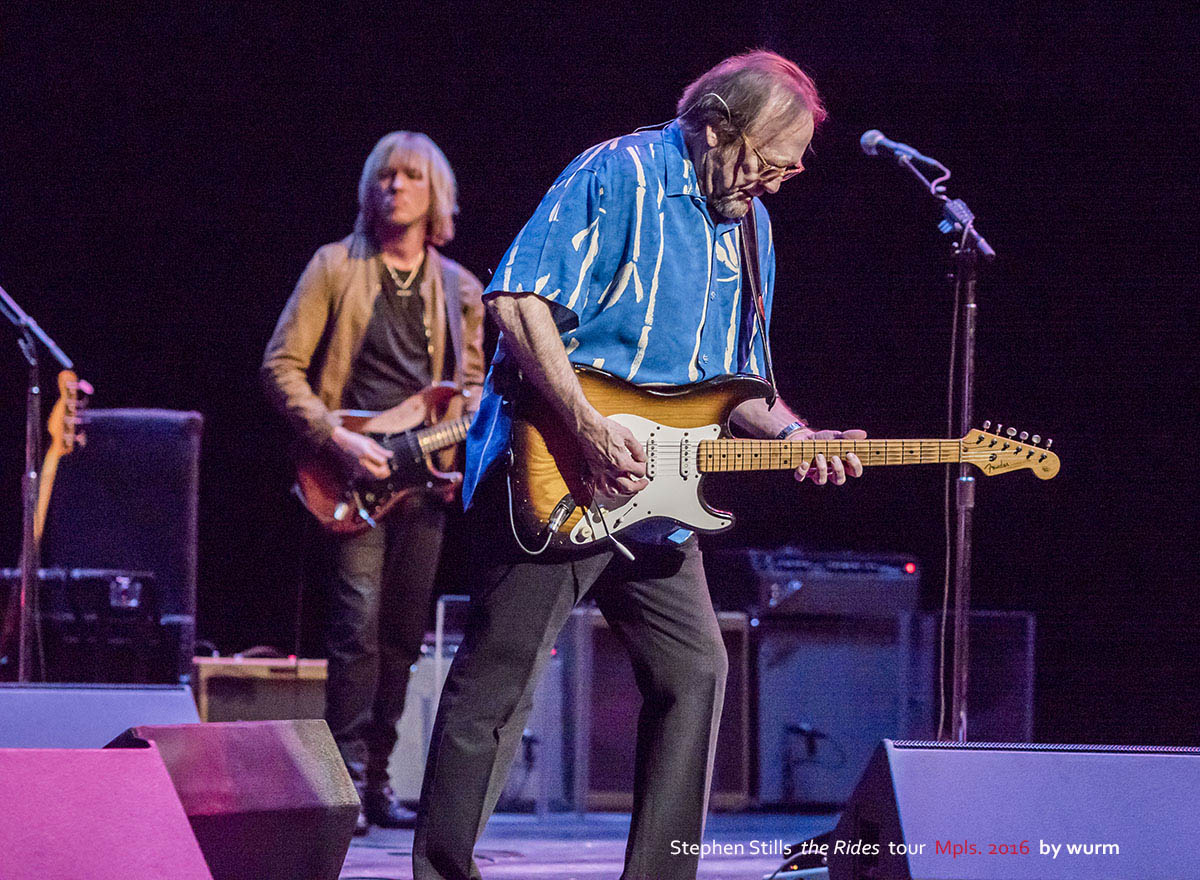 May 2nd the Rides arrive in Burnsville.  Stephen Stills, two-time Rock and Roll Hall of Famer, Kenny Wayne Shepherd, five time Grammy nominated guitar player then add Chicago rock/blues keyboardist Barry Goldberg. An unlikely collaboration but mixing vintage 70’s rock with contemporary ‘’white boy’’ blues works just fine. The Rides have been touring since 2013, Kenny Wayne still working with Chris Layton the ol’ drummer for Stevie Ray Vaughn.  Ames theater in Burnsville is a nice venue, really not a bad seat in this house except maybe if you are up top back against the wall.  The sound is nice anywhere in that theater.  To see Kenny and Stephen trading licks tonight did not sound like the old guy vs. the young guy – a common thread with this multigenerational band is blues.  The last song on the 1st set was “Honey Bee” by Muddy Waters, I think Muddy would have been proud.  The stage is deep & the guys were back quite a way.  I think some of the front fans were hoping for up close and personal.

Like some of you older folk I’ve followed Stills since Buffalo Springfield & favor him over the other CSN&Y guys – not sure why. My wife & I have been a fans since Kenny did ‘’Blue on black’’ with Noah Hunt years ago. The Rides did an outstanding version of “Bluebird”, that might have been the highlight for me. 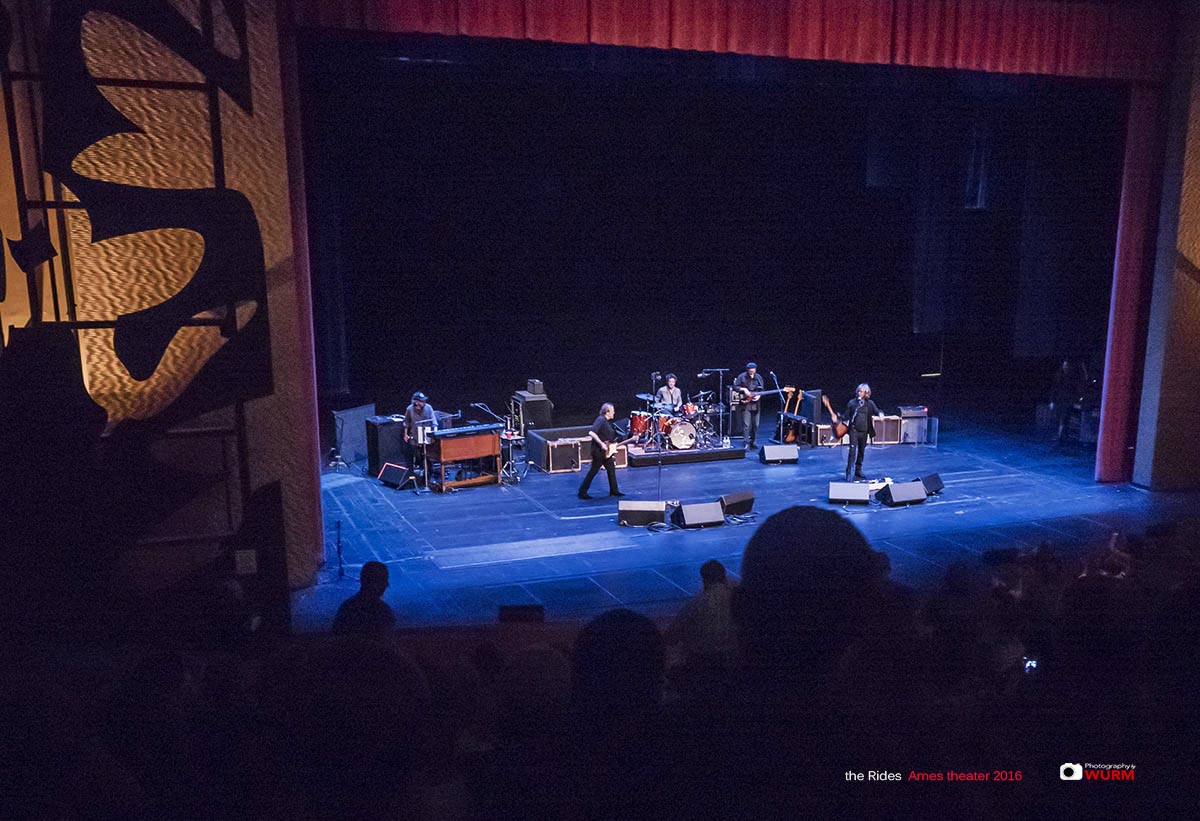 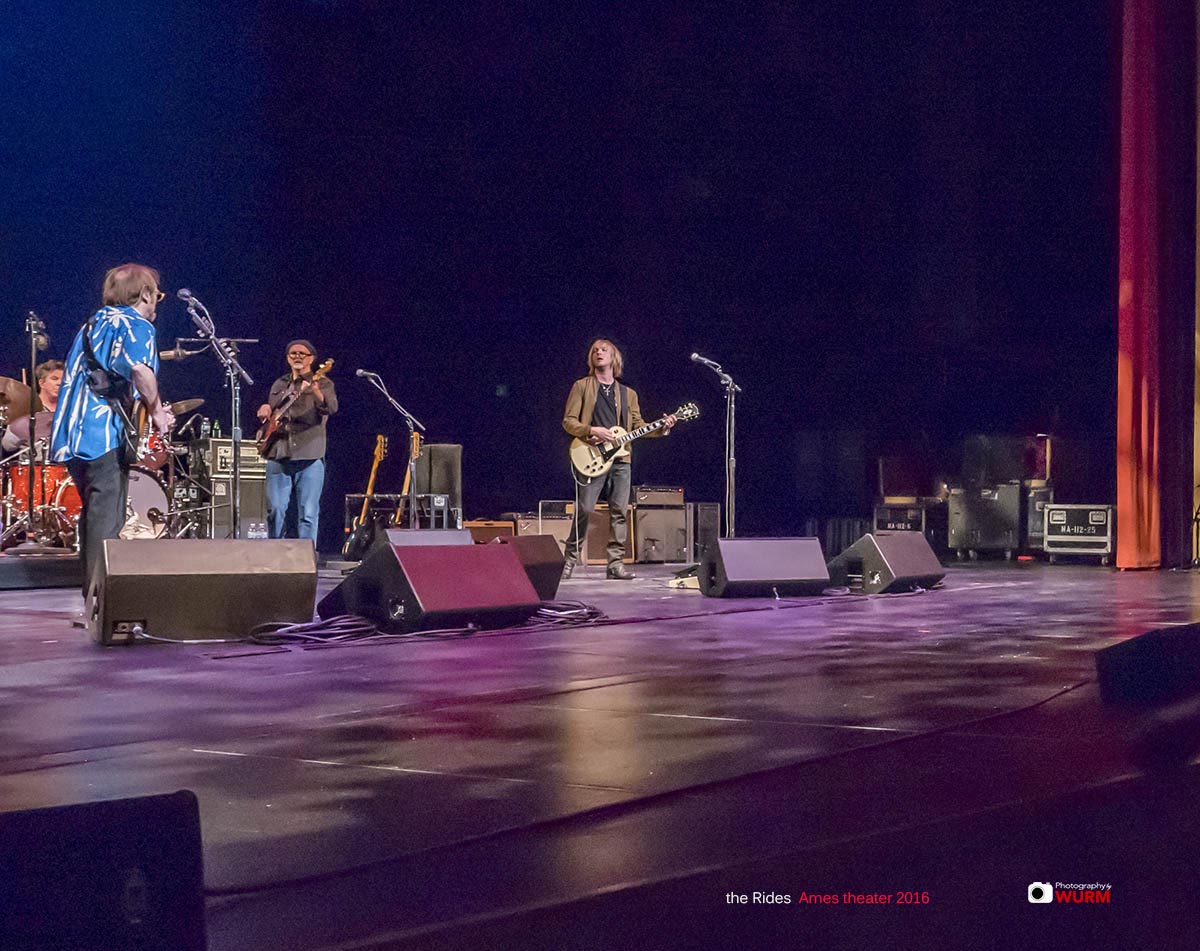 Stills did a short acoustic set that reminded us of what a legion he really is. The “Rides” new CD came out in June, 2016.  This studio documentary is well done & tells a great story on how these guys came together.