Grace Potter with the Stones & the Zoo 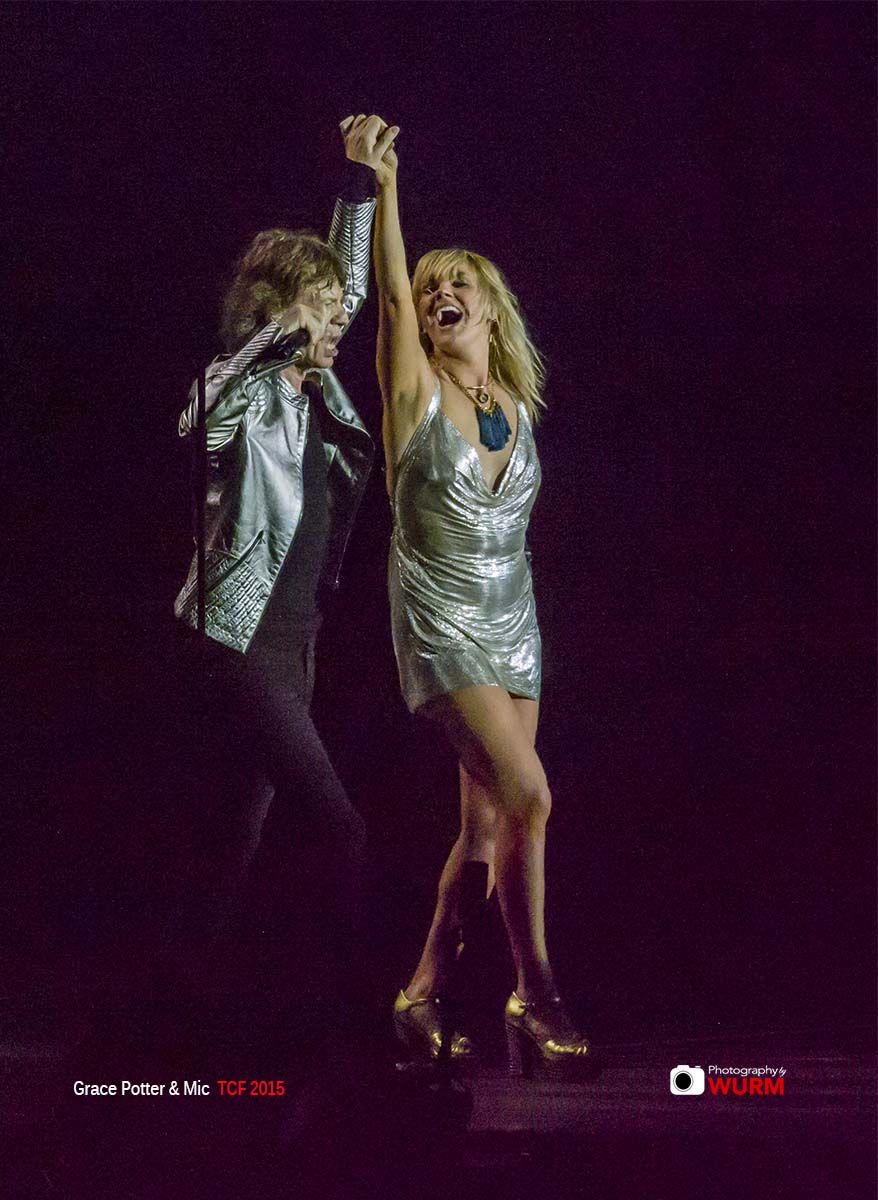 Grace opened for the Stones at TCF – it was pouring rain and a cool night.  Fans had to park their umbrellas in large barrels before entering the stadium.  Grace’s duet with Mick was the ol’ classic “Gimme Shelter”.  Her performance with the Jaggster came with a disclaimer courtesy of Keith Richard’s daughter.  “Don’t out swagger the Jagger“.  Grace & Mick looked comfortable up there & Grace is now on the list of singers who have accompanied the Stones on that great classic.

Potter has collaborated with so many artists it’s hard to keep track.  From Kenny Chesney to Daryl Hall and so many in between.  Her band was billed the Magical Midnight Roadshow on this Stones Zip Code Tour.

Most Grace fans that I know prefer her kick ass hard rock.  Grace has a voice that works well in blues but she can also sing beautiful ballads.  You might have heard one of her acoustic versions of Star with just guitar.  This version with a grand piano is my favorite.

I’ve worked in healthcare media production for over 20 years. My images of patients & providers is a window to their world often captured at a vulnerable time. As a senior producer, I’ve experienced the insane, delightful but always educational challenges in creating images and stories.