Los Lonely Boys at the Zoo 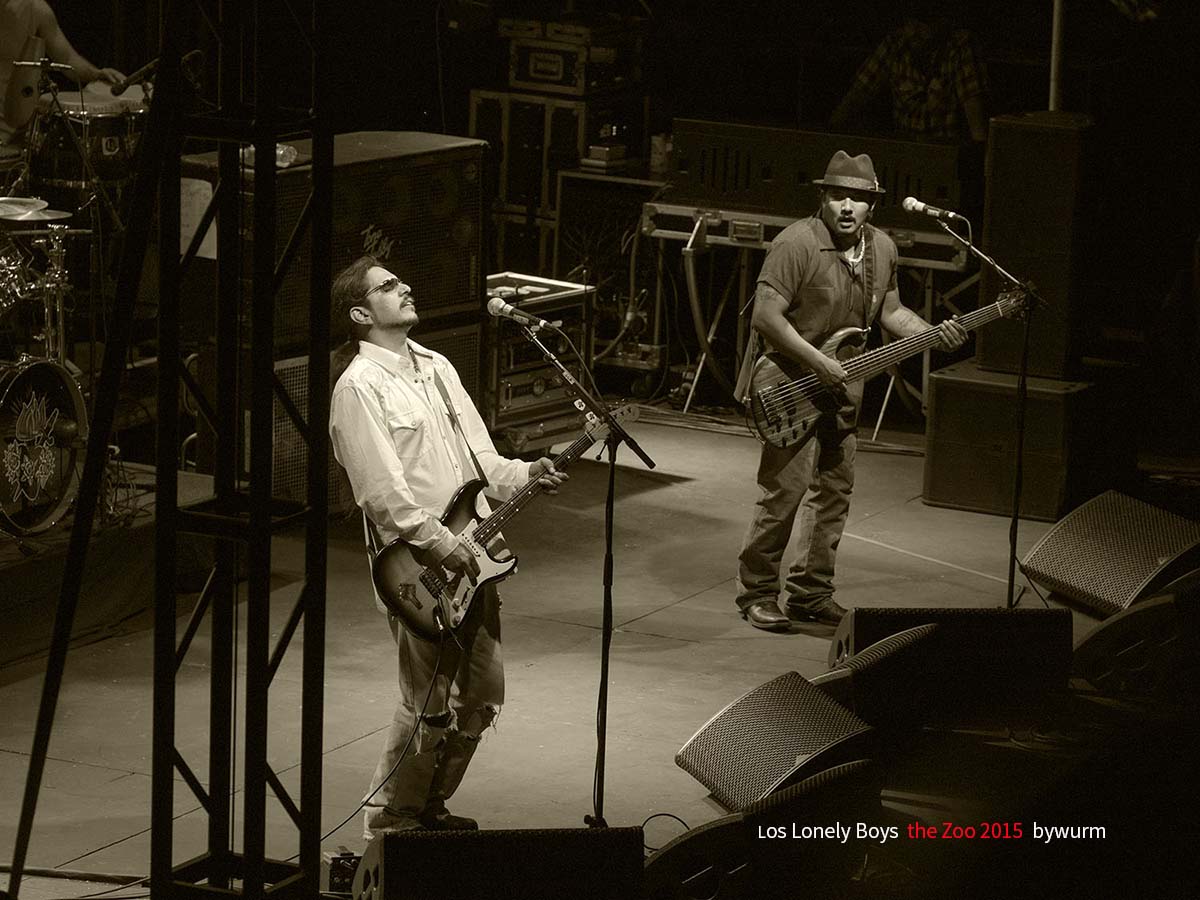 When you mix blues, Chicano rock, Tex Mex, Latin rock & great guitar playing you get Los Lonely Boys. The 3 brothers from San Angelo, Texas are the main force here. The brothers prefer the term American Chicano & Texican Rock n’ Roll. They might not have the strong harmony & smooth rhythms of Los Lobos instead they have a different edge. Nothing like a cool night at the Minnesota Zoo even if you get rained on.

The 3 brothers Henry, (lead guitar) Jojo (bass) & drummer Ringo, have a strong sense of family & their music was influenced by father Ringo Garza Sr. Dad was a big “Conjunto” musician in the 70’s. This older Mexican music is played with a button accordion & a Bajo sexton (6th bass). A typical 12 string guitar different than a Bajo sexton. When Henry gets fired up lead you hear an influence from Carlos Santana. On an extremely sad note the brother’s mother passed away the day after this concert – the tour went on hold until later that June, our thoughts & sympathies are with that family.  I love this live version of “heaven”.